On the 2nd of December 2021, Resources Safety and Health Queensland released a summary report of their workplace investigation into the fatality of Mr. Milne at Fairfield Quarry in 2018. The purpose of the report was to share information with the industry in the hopes of reducing the likelihood of it happening again.

In this article, I’m going to review the effectiveness of the regulator’s investigation.

Mr. Milne was a quarry worker who had been working at the Fairfield Quarry site for 2 weeks. At the time of the incident, Mr. Milne and another quarry worker were removing rocks from the return side of a moving conveyor belt. They removed a guard and used their hands to clear rocks from the tail pulley while the conveyor was operating. While clearing the rocks, Mr. Milne’s arm was caught and pulled into the tail pulley resulting in fatal injuries.

The summary report provides details of the quarry’s safety practices including the safety management system, site induction and training, and the procedure for the task. The workplace investigation found several issues with these documented systems.

An ‘18 Why – Cause Map’ (below) is provided to demonstrate the analysis methodology.

Releasing the summary report by the regulator is well-intentioned. Yet, it raises more questions than it answers. I don’t believe that the mining and quarrying industries would have learnt anything new. The assertion that if the plant had been isolated or if a guard had been in place the incident would not have happened is nothing more than a fantastic example of a counterfactual. As Todd Conklin might say, if an alien had shot a ‘safety beam’ to stop the work, it would not have happened. They are all true – they didn’t happen, but you don’t learn anything.

The issues bought up in this investigation are superficial and well known. Where is the depth?

Greatly concerning was the blame placed upon the supervisor.  The supervisor, amongst others, was charged and pleaded guilty. How much control of these issues did the supervisor have?

The report does not question the design of the plant and how workers interact with the plant. Human Factor issues were not identified in the report.

As mentioned earlier, this report raises far more questions than it answers.  The industry has learned nothing new resulting from the workplace investigation.  There is no innovation and most concerning of all, there has not been any measurable reduction in risk for these tasks.

The workplace investigation reveals the regulators bias of a reliance on ‘documented’ systems and blame. There were likely deficiencies in fundamental management systems at this quarry. Unless we learn and address these systemic issues, we will not achieve future risk reduction.

At Investigations Differently, we take a fresh approach to workplace investigations training. Our investigations focus on learning from “normal work” with our approach utilising a combination of contemporary safety theory including Safety I Safety II, the principles of Human Organisational Performance (HOP), Safety Differently and Resilience Engineering. 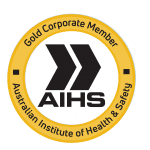 We use cookies to ensure that we give you the best experience on our website. If you continue to use this site we will assume that you are ok with this.
OK